For a concept artist, when designing a character, giving life to the design and allowing the viewer to fall in love with it is the most challenging aspect of the process.

Also, when looking at the storyline, the role and significance of a character and the style of the production need to be taken into account, this can limit the freedom to explore, but can also sometimes create good guidelines for the direction to be taken.

Moreover, when putting all the pieces together, apart from the intensive research that is involved, a lot of factors such as the gender, personality, signature traits, and the kind of environment the character interacts with also need to be kept in mind.

Our journey with how the bots and pilots were developed for the Bot Rods world was not so different.

Here, let us give you a gist of it 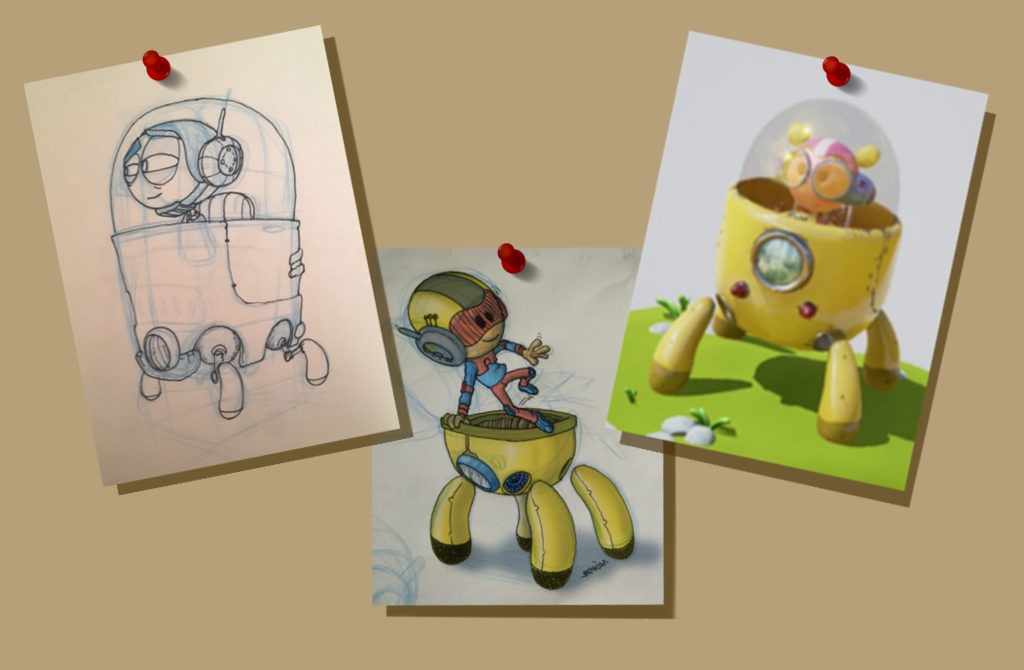 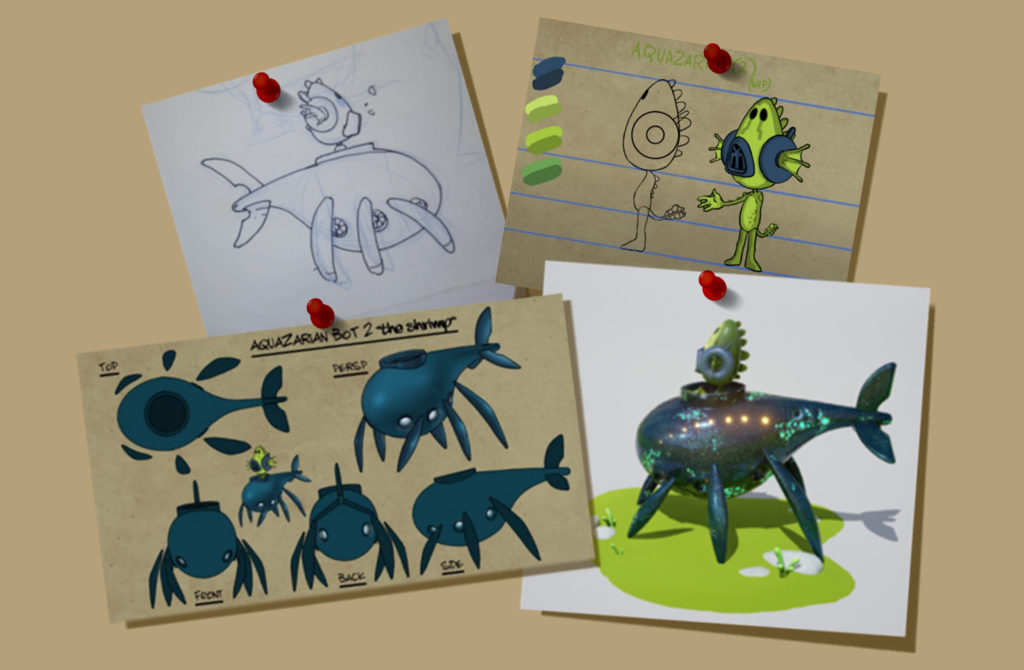 To brief you a little, Bot Rods is entirely a fictional theme, the idea has been to set up a futuristic world, quite different from ours, where the humans and robots live communally. Despite their adorable appearance and a seemingly cordial society, the inhabitants of the planet are fuelled by an undying passion for Bot racing and when they are on the track, they can resort to very unfriendly means to win the game.

When it came to designing the bots, one of the key factors was to keep the forms aesthetically appealing yet exceptionally simple. This approach was primarily adopted in order to engage a broader target audience and has a plus side of reduced production times.

During the creative process, an endless number of hours were spent brainstorming, rummaging through ideas and countless drawings were scrapped before a character shaped into anything that could be regarded as unique and appealing. 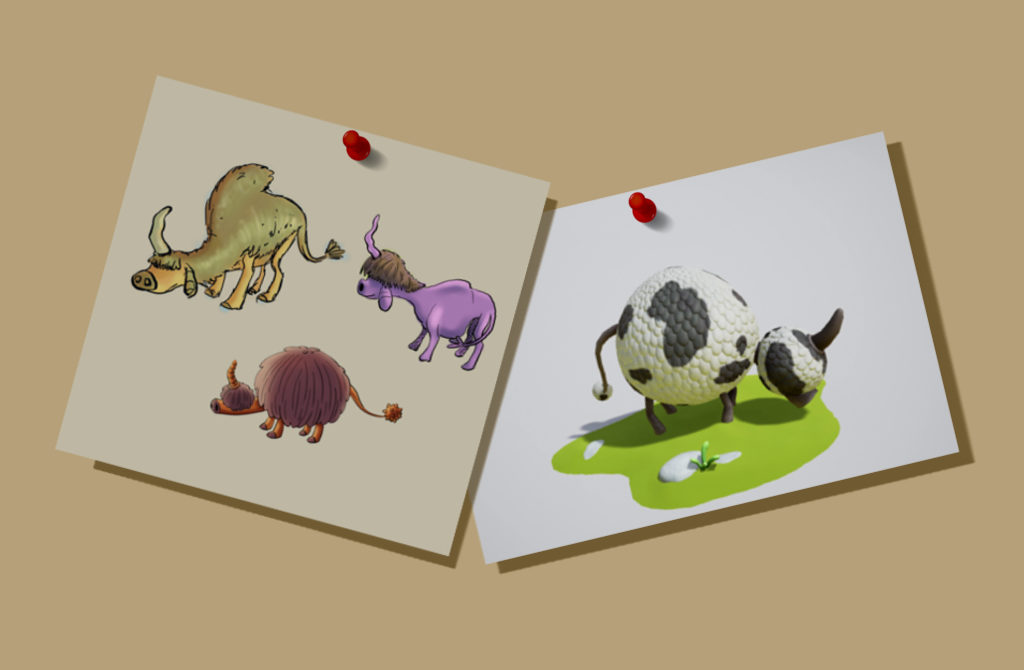 In the example above, you will see how the initial unicow designs were far more detailed in comparison to the final version which underwent refining until a much more simplistic look was achieved.

Another aspect that can be seen throughout the designs, be it characters or objects, is the Function Follows Form approach, wherein, the design aspect of the form takes priority over its functionality.

For example, in the first image below you will see an older version of a bot which has mechanical legs. Now although functional, it was not in line with the simplicity we desired. And so after much thought, we decided to break a leg ;)… literally… the leg joints were removed and the legs were designed to be connected to the body through an electromagnetic force which clearly improved the look. The results can be seen in the same bot in the next image. 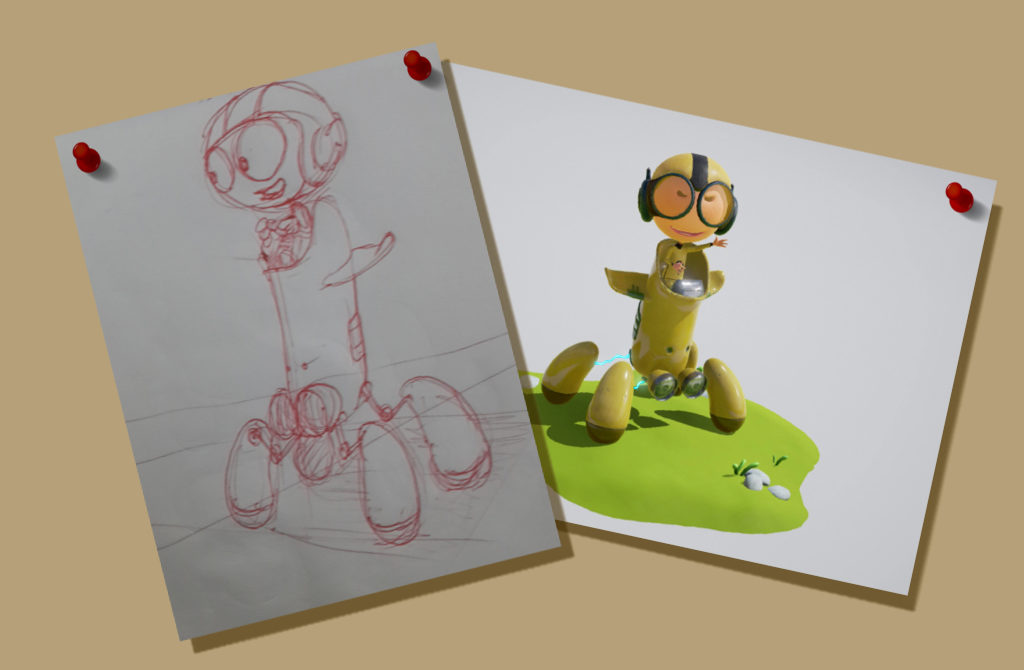 Lastly, being set in the futuristic world, most of the objects that populate the world are very mechanical and so a lot of thought and reasoning went into designing and breaking down the technology into much simpler forms.

Although the process of designing can be very time-consuming, the ultimate result, needless to say, is always very fruitful and fulfilling.

May the best Bot win.